I grew up a casual gamer, half-decent at a few games like ‘Yoshi’s Island’ and ‘Rush.’ The most intense PC games I ever played were ‘Minesweeper’ and ‘Frogger.’ Esports and gaming weren’t something I thought would be a major part of my career.

But let me tell you how esports found me–and why I’m so happy it did.

The year was 2015 and I was fresh out of college working part-time at a tech company, trying to decide if I would continue to pursue a career in the tech industry, or if I would try to find a teaching job to actually put my education degree to use. I found an hourly teaching position that allowed me to keep my other job, and that seemed like the best of both worlds while I tried to figure it out.

While teaching, I had a student, Owen, approach me looking for an advisor to sponsor a new club he wanted to run: ‘Minecraft Club.’ I hadn’t been around very long, but I knew one thing for sure–games were not something schools were looking to purposefully put on their computers. I wasn’t opposed to helping him run a club, so Owen and I brainstormed a bit more to come up with a new club idea where Minecraft might be one of the activities. The new club name was “Autism Club.” Owen is autistic and came up with the idea of running a club where students with or without autism could gather together to make new friends.

Owen did such a great job filling out the club application, coming up with a solid objective, and was already starting to plan activities. It was so much fun to watch him feel supported in his ideas and then to watch those ideas come to life. He was flourishing in this opportunity to be a leader and to share his unique view of the world with his peers.

Autism Club was a success and definitely living up to its defined objective. I loved teaching and interacting with the students so much that when an opportunity to go full time at a nearby school opened up (Pleasant Grove High School), I jumped at it.

At my new school, I didn’t close my classroom door during lunch (which many called a newbie mistake), and it didn’t take long for students to discover that I would let them hang out and play their games in my classroom. I even allowed them to hook up their Wii consoles to the monitors, which quickly created a space for the very popular game Super Smash Brothers Ultimate, and thus the “Smash Club ” was officially  born. What common theme did Autism Club and Smash Club share? The fact that I was providing space for kids to gather who didn’t feel like they had a space to gather. The majority of the students who were choosing to participate in these clubs were very similar in the sense that they were usually a bit socially awkward, they maybe weren’t the “best” students in the school academically or when it came to traditional sports, but these clubs provided an environment where they could have a team experience, leadership opportunities, and even build friendships with students they probably wouldn’t have interacted with during their high school experience otherwise.

As a teacher, I was seeing some unintended positive consequences in the classroom because of this club: students were getting to know me and started asking about the courses I taught. Because I was building a rapport with students through the club, they weren’t as intimidated to take a technical course that they otherwise wouldn’t have registered for.

I had one student who was in my programming class. He wasn’t a traditional student, per se, but we had a great relationship. He loved learning, just not what we were learning during class–he preferred to come up with his own projects. One evening while sitting at parent teacher conference, I received an email from him about one of his projects that he had  been super frustrated about during class:

“I finally did it Ms Yocom!!! It works completely as it should!!! I”ll show you on Friday! I’m so stoked. I also figured out and fixed what was wrong with that string thing. :D”

I hope my students see me as their mentor, advocate, and cheerleader. THIS email is why I teach–facilitating those “aha” moments where students see how awesome and capable they are. Helping students recognize their talents, and to see how powerful they can be when they have successfully learned how to learn.

Two months later, my heart broke when I received word from my school that this student had died by suicide.

As a brand new teacher, still in my first 5 years of the profession, this was such a hard thing to cope with. I still struggle to talk about this student without choking up and just wanting to tell him how awesome he is. At his memorial service, when talking to his mother, she said that the Smash Club was one place where he felt like he had connections and friends.

At that moment, I had my own “aha” moment when I realized this “fun” thing I had been facilitating was about a lot more than gaming.

Whether you call it Autism Club, Smash Club, Gaming Club, esports, or something else entirely (we’ve now evolved to be the “Cyber Vikings”), meeting the students where they are at – showing them that you care, getting interested in what they are interested in, finding careers that relate to their interests and making it part of your club is what will make it successful. Remember, I didn’t come from an extensive gaming background–and these kids aren’t playing Frogger. My inexperience has actually been a blessing in disguise, as I have had no choice but to have this truly be a student-run club. I provide adult supervision and focus on logistics and team building opportunities, but the students have stepped up to coach each other, help each other improve their game, and even hold each other accountable for schoolwork. 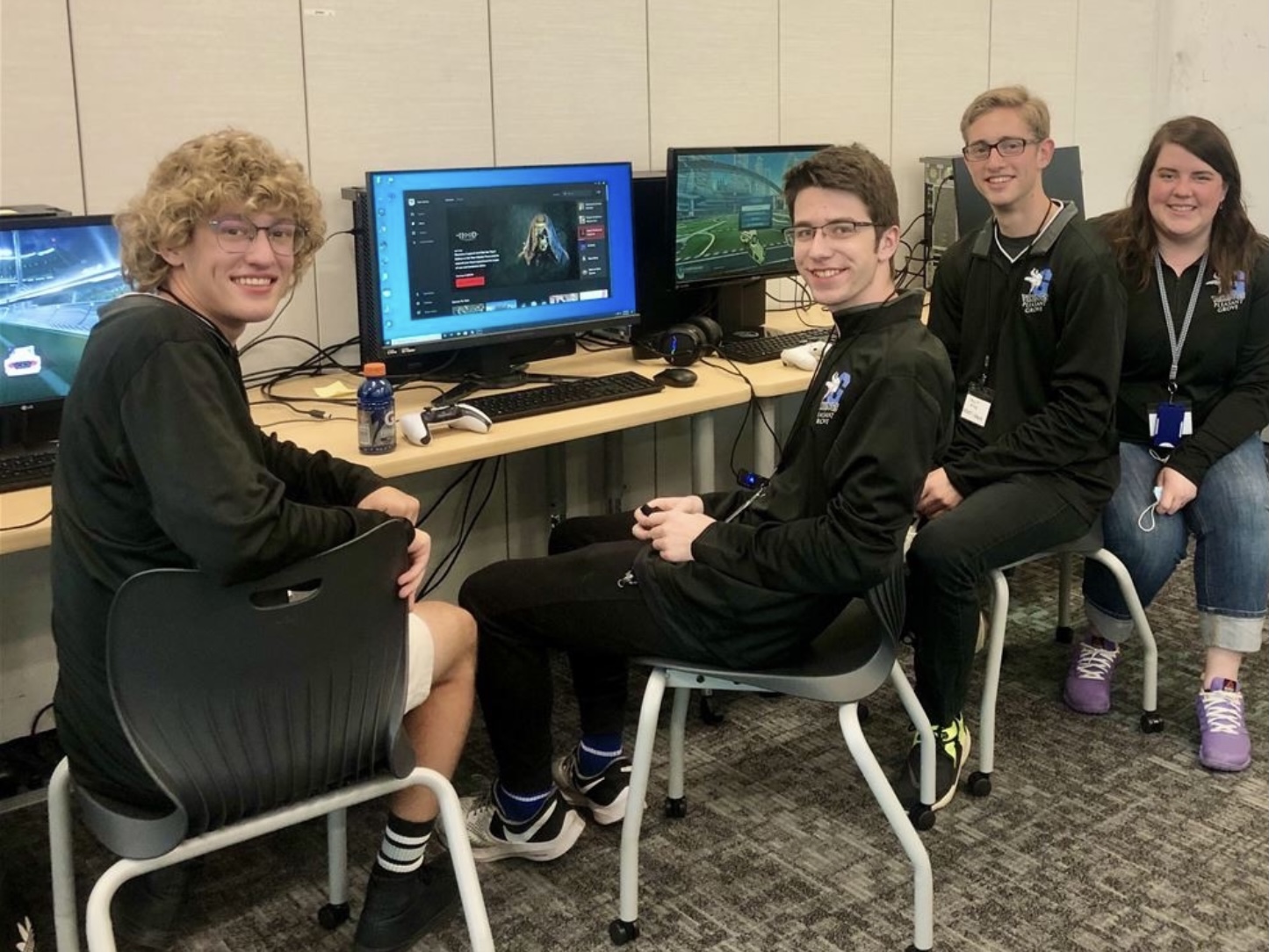 During the pandemic, esports was one of the only activities in Utah that was able to continue, which provided students with a unique way to connect that didn’t require in-person competitions. Now that we are back in school in-person, it has been amazing to see how much the students value that in-person club time and how important the in-person competitions have been to them. Parents love that there is a structured, social, supervised environment for their kids to participate; admins love that it is inclusive, building bridges across cliques and social circles; and students love playing their games and meeting new friends with similar interests.

How to find support for an esports program in your school

If you are on the fence about starting esports at your school, I would highly recommend you do it. It can be a lot to take on, but don’t compare yourself to programs that have been running for multiple years. Pick one thing, one game, to start with and grow as you can with your students. If they want a YouTube channel, help them learn how to stream. If they want better equipment, encourage them to research how much the equipment they want costs, and then to find sponsors or put together a fundraiser for it.

I strongly believe esports fits into the Career and Technical Education (CTE)  ecosystem and would love to see it supported there in a way that highlights related careers. If you haven’t seen the amazing graphic put together by Nico Besombes, I invite you to check it out here. I really appreciate how Nico illustrates the career possibilities related to esports.

There are many awesome resources out there from educators who have been working to build these programs globally. One of these resources, the North American Scholastic Esports Federation (NASEF), focuses specifically on the scholastic implementation of esports, with free curriculum modules created by educators through their scholastic fellows program. I would invite you to reach out to me, NASEF, or any of the scholastic fellows. The scholastic esports community is so supportive and I know any of us would be happy to discuss programs or answer questions.

We have been fortunate in Utah to have the support of a local education foundation, Success in Education, where I am also the director of technology education. I invite you to check out what we are doing here. Please reach out if you have any questions. In my opinion, “sharing is caring” as we strive to do what is best for our students.

Audra “audieannie” Yocom is a 2021-2022 NASEF Fellow, is a teacher at Pleasant Grove High School, and is the Director of Technology Education at Success in Education.